Just this weekend, Donald Trump reopened the seemingly resolved discussion around the impact of violence in video games on school shootings in the United States, following the Parkland, Florida school shooting that resulted in the deaths of 17 people and injured 14 others.

After almost two decades since what is known as the Columbine High School massacre, the infamous school shooting that sparked a controversial debate on the influence of violence in films, video games and music (particularly heavy metal), on the behaviour of students that committed these atrocities, the President of the United States of America, Donald Trump, reopened the discussion following a similar incident at Marjory Stoneman Douglas High School in Parkland, Florida. This is not the first time he has made his thoughts vocal on the subject of “glorification of violence in video games”, in classic Donald Trump style, by making bold ideological claims on his favorite form of social media, Twitter. Back in 2012, he describes the perpetrators of the Sandy Hook Elementary School shooting in Newton, Connecticut as “monsters”, cherry-picking video game violence as the cause of the incident. This time, however, he does it as the leader of the most powerful country in the world.

President Trump is scheduled to meet representatives of the video game industry this Thursday (in an event that will be a lot more relevant than the bi-monthly patch release) that will include Pat Vance, the president of theEntertainment Software Rating Board, which puts parental advisories on video games, and Mike Gallagher, the president and CEO of the Entertainment Software Association. Prominent video game executives will also be at the meeting, including Strauss Zelnick, the CEO of Grand Theft Auto publisher Rockstar Games, and Robert Altman, the chairman, and CEO of ZeniMax Media, the publisher of popular games like the Fallout series,Skyrim, and the Wolfenstein series to discuss the link between the violence in their products to that which takes place in real life.

It seems it will be up to these important figures of the industry to convince the President that roughly two decades of research has repeatedly failed to uncover any such link, considering a 97% dislike-to-like ratio on the “Violence in video games” supercut that was uploaded on the White House YouTube channel is not enough to convince the man that he is looking in the wrong place for answers. The video involved clips of gameplay and cutscenes from multiple games of the Call of Duty series, Dead by Daylight, Fallout 4 among others.

Shortly after the video was uploaded to YouTube, Ryan Wyatt, the leader of the VR/AR and Gaming content and partnership teams at YouTube posted a direct response to a tweet by CNN announcing Trump’s decision, with a clear message backed up by facts that this was an American problem, not a Global problem. The point is well validated, considering despite the massive controversy and blame-game that followed the Columbine massacre in 1999, that attempted to crucify musicians like Marilyn Manson and video games such as Doom, Wolfenstein 3D,and Quake, over 200 school-shootings have taken place since the event, a figure that is claimed to be as high as270 by ABC News, 50 of which are considered mass-murders. And since then, gun-control laws in the United States has not received nearly enough revision. 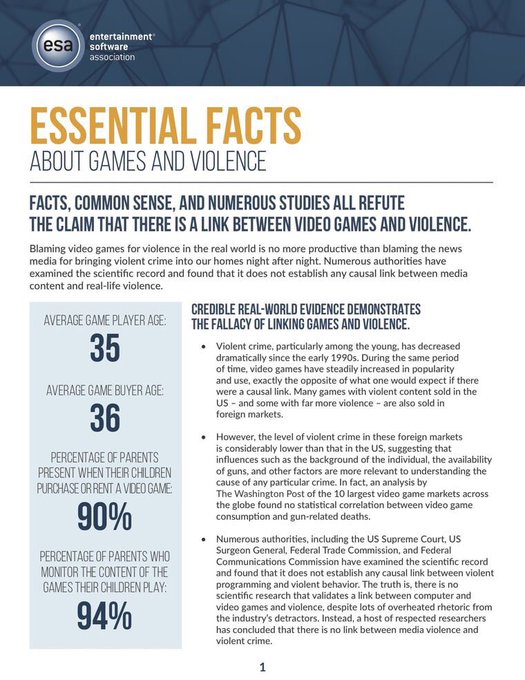 The New Yorker made a similar response in a tweet to the news, claiming that no scientific research backed up his claims. In their article, they detailed several instances where there was simply insufficient research whether violent video game use causes lethal violence. 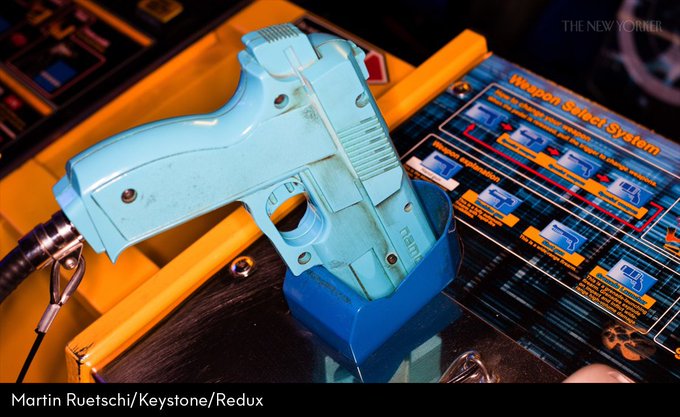 The mere existence of the eSports industry invalidates his theory

Video games are an art form. The same way music uses the medium of sound (instruments and vocals) and imagery (album art and music videos) or films use sound, acting, story, visuals and often CGI, the art of video games go a step further by using all of the above and putting you into the driver’s seat, giving you control over the narrative of the story you are about to be told. They tell us stories, take us on a journey, drive us to tears and behold us in awe. They have even succeeded in doing something films have not managed to do so far: give us the freedom to direct the path that the protagonist of the story will take, in the form of interactive, choice-based storylines with multiple endings that have given us some of the best video games in recent years. Without insightful thought, that may actually seem to be the what validates Trump’s argument. But it is a courageous,rational and inquisitive mind that thirsts to delve deep into the mind of a character, understand its motivationand make one’s own judgment as to what is right and what is wrong.

Besides, how is it that in an industry that pits players against each other in the roles of Terrorists and Counter-Terrorists and engage in competition that involves killing each other as one of the main activities of the game produce outstanding athletes with soft-spoken attitudes, great teamwork and coordination at the highest levels of play? It is not just CS:GO that involves activities that may be deemed violent, most competitive eSports require amassing kills as one of its primary objectives, if not a precursor to achieving victory. In fact, it is common knowledge that those with rash attitudes, violent tendencies (both verbal and non-verbal) and inability to socially interact well are the ones that fail to achieve victory, climb up the ranks or make a professional career out of their hobby. The personality and behavior of a person to commit such crimes could stem from hundreds of different medical disorders such as anxiety disorder and major depressive disorder, which have in fact been found to be prevalent in some of the perpetrators of these incidents.

We’re about to get a bit philosophical here

The harsh truth that you may not want to admit

Donald Trump knows this, and he knows it very well. He knows that violence in video games is the least likely cause of lethal violence, but it is a lot easier making a case for it and censoring art than to handle the real issue ofgun control. One mistake we often make when criticizing Donald Trump for his controversial thoughts, comments and tweets is that we assume that he is a “stupid” man. The President of the United States is many things, but he is not stupid. He is an incredibly successful businessman and a billionaire, which makes him capable of smooth-talk, derailing the discussion and gives him a good understanding of what people want to hear. That is how he managed to convince almost half of the country’s population that he is fit to be their leader. He makes the claim with vague statements without specifying how big or small of a factor video game violence has on school shootings. That is what makes it easy to convince people that violence in art is the cause of violence in real life, where on the contrary, it is the exact opposite. Violence in real life is what is portrayed in art. And because watching it, consuming it, understanding it and admitting that it is based on true events is what is hard to swallow.

How else would some of the most recognized, critically acclaimed and Oscar-winning films in the history of the film industry be about the terrible tragedies and human atrocities that occurred in the Wars of the 20th century? Do they really glorify violence or are mentally sane and rational people able to tell the difference between a harsh portrayal of the truth and violence portrayed for the sake of violence? In fact, most of the games in the Call of Duty franchise are about historical events during the First and Second World Wars. The difference between the good that comes out of innocence and that which comes out of knowledge is the lack of naivety. You cannot become a wise and truthful person capable of righteous judgment and the ability to tell what is good and what isevil without knowing what horror and violence human beings are capable of inflicting on each other.

While I am confident that the majority of the industry and community know what’s what, it is the impact of Thursday’s meeting, that could threaten to over-censor the video games we love which worries me.