The Counter-Strike: Global Offensive (CS: GO) season of 2018 had several prominent players, but some athletes stood out from others. We have therefore selected the top five CS athletes in the world. To qualify for these ranks, the number of titles won by the player and their importance to the team were taken into account . The Astralis , team that won several titles in the year and it was the first team that won the Intel Grand Slam, so the Danish side has more than one representative in the ranking.

According to HLTV, there are four players who are virtually tied in relation to their performances in 2018. One of them is the Danish Emil “Magisk” Reif, with Rating 1.17 of 2.0. Astralis’ pro player was hired earlier this year to take the place of Markus “Kjaerbye” Kjærbye, a change that was widely criticized at the time. However, the athlete proved his worth with solid performances throughout the season and was crucial to his team’s success, closing the year with an MVP at the BLAST Pro Series Lisbon. Another player tied with 1.17 of Rating 2.0 is Russian Denis “electronic” Sharipov, from Natus Vincere. Although he had an inconsistent start to the season, he recovered and finished as the second most important player of the Ukrainian team of the season. The athlete guaranteed victory for his side in several one against one situations and having a good amount of clutch victories in his games. The veteran player was also instrumental in winning titles such as ESL One: Cologne 2018.

Despite not having the best HLTV Rating with 1.24, Nicolai “dev1ce” Reedtz is considered by most of the community to be the best player of the year in CS: GO. At Astralis, AWPer simply amassed seven MVPs (Most Valuable Player), including MVP in FACE IT Major: London 2018, and was the team’s most important athlete. With over 3,000 kills at major events this year, it’s not by chance that gamers fear dev1ce when he manages to acquire its AWP. 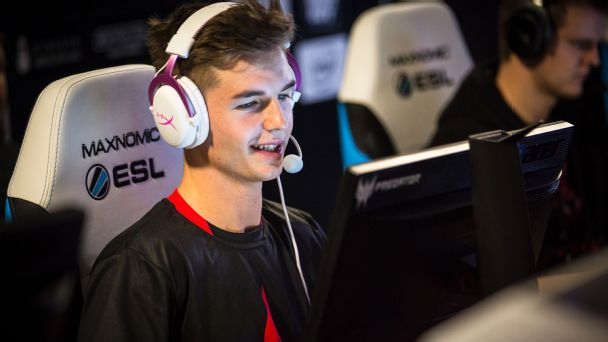 One of the most consistent players of 2018, Bosnian Nikola “NiKo” Kovač has a Rating 1.25 of 2.0. His performances for FaZe Clan gained prominence due to the number of good performances: he maintained the same high level in all the major events in which he participated. In 2018 the athlete was the MVP of ESL One: Belo Horizonte and EPICENTER . The player with the highest Rating of 2018 is Ukrainian Oleksandr “s1mple” Kostyliev, of Natus Vincere, with a whopping 1.34. For many, his stats are not surprises, since he is considered one of the most skillful players in the history of CS: GO.

He is a player who even when his team is not doing well, is able to take a round of the opponents. That’s why S1mple won six MVPs in 2018, being surpassed only by dev1ce, from Astralis, in that respect.