With the latest updates we have seen many changes to the lanes, the neutrals, and seeing heroes come to life after the constant changes to the talent tree. It is for this reason that there are some heroes who stand out above others in the arduous task of raising the MMR and here we recommend three of the most cancerous heroes of Dota 2.

Axe is probably one of the most recommended heroes to try to raise the MMR. He is on list of the top 10 most selected heroes on past weeks with a winning percentage of 52.33%. With the constant spawn of neutrals after every minute, Axe becomes important in the game.

You can farm in the jungle easily during the first levels to get an Early Blink Dagger and start getting kills on the map. Axe is havoc on the map at all stages of the game and can become a carry, especially if the enemy carry is melee. He is able to cut the lanes and clean waves of enemy creeps . In addition, Axe works very well against illusions and is one of the best heroes against the purchase of the Black King Bar, thanks to its Berserker Call ability that pierces magical immunity. The talents that can make you extremely tank on axe axe ar: +6 strength, +250 life, +25 life regeneration and +15 armor or Aghanim’s Scepter. Apart from granting statistics, life and mana, apply Battle Thirst to enemies in an area after successfully initiating with the call. The Battle Thirst will make it easier for you to secure a kill after a follow-up.

Just like Axe, Necro is one of the most played heroes and also has one of the highest ratios of victories (56.60%) in Dota 2. One of its main strengths is versatility, especially as Necro can play multiple roles for his team i.e. carry, mid, offlaner and even an occasional support.

It works very well against melee and strength heroes such as Bristleback, Underlord, Centaur Warrunner, Spirit Breaker, Axe, and Sven. After wisely choosing the skills, items, and the talents you can either become a phenomenal healer or a devastating damage dealer on Necro. 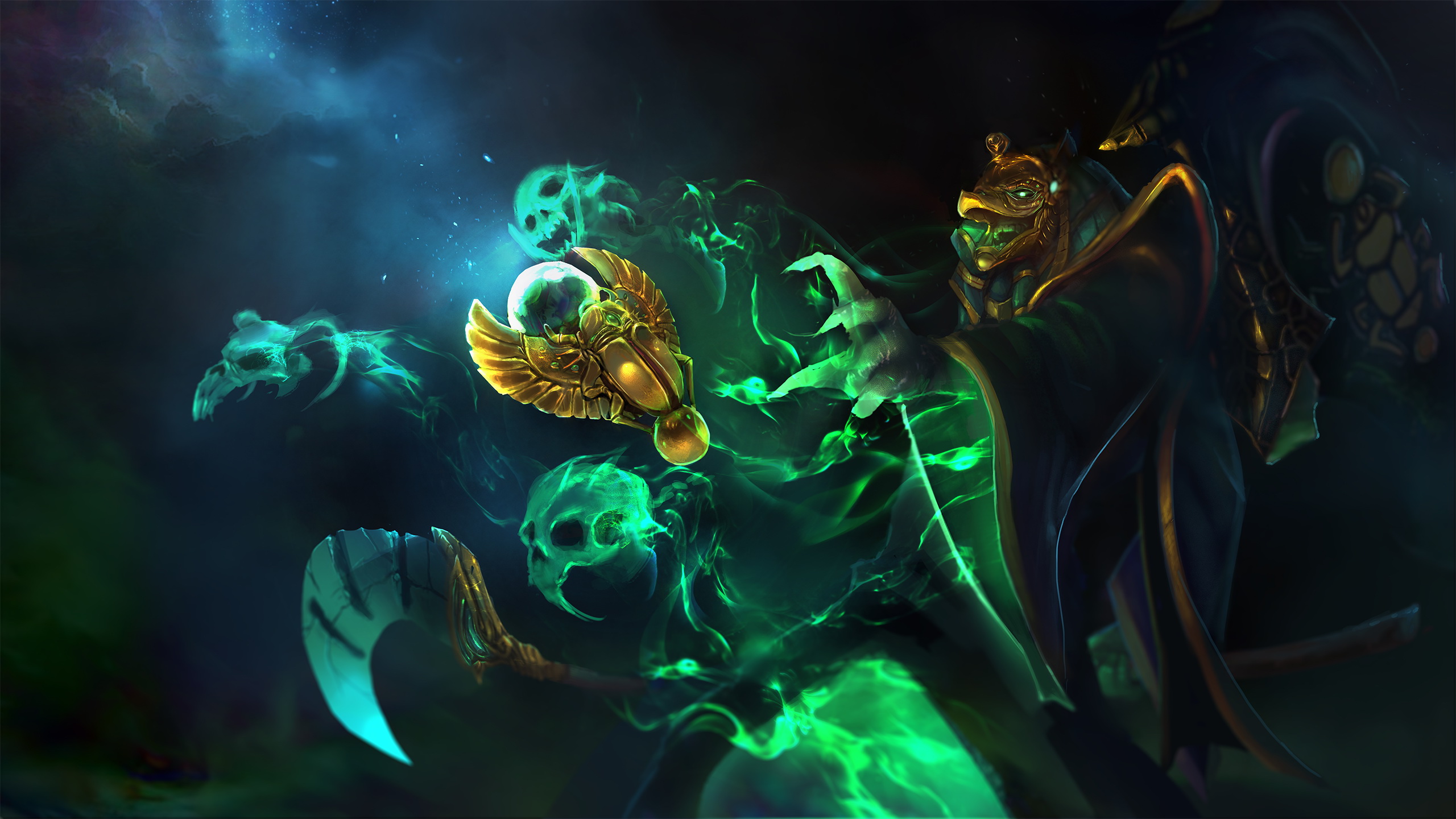 One of the essential items on Necrophos is the Scepter of Aghanim that reduces the recharge time of his ultimate and increases the respawn time of the enemy ranging from: 10, 20 or 30 seconds depending on level of the ultimate.

With a Blink Dagger to initiate, the Blade Mail to return damage, the Gaurdian’s Greaves , the Veil of Discord, and the Dagon, one can quickly kill any hero with Necro. You also usually buy Radiance for easy farm and passive damage.

Again we are facing another hero with a high popularity rating. Riki is among the 20 most chosen of Dota 2 and has a winning percentage of 59.32%. Riki can become a real nightmare for the opponents. While in the jungle, he can steal the experience of the enemy without exposing himself. You can rotate lanes without being seen (as long as there are no wards) and get early kills for your mid lane.

With the diffusal Blade and a Skull Basher pickup, Riki is enough to be very destructive for the enemy team.