We’ve spent almost a dozen weeks with Dota 2’s new patch system and received a half dozen updates. The patches have been an assortment of changes, affecting everything from heroes to fundamental concepts to the map itself. As a fan, I’m enjoying the experiment, but are these really just a massive patch broken into pieces?

Eleven weeks ago, Icefrog announced on Twitter that Valve would be patching Dota 2 on a regular bi-weekly schedule. New updates were expected every other Thursday, starting on February 1st with 7.08, the Spring Cleaning patch.

The new system promised consistency—a patch bi-weekly on Thursdays—and it promised they would be small. Presumably, this was for a pair of connected reasons: so that the changes were easily digestible by players, and so that the rate of release was feasible for Valve.

I loved the idea from the get-go. I enjoy scheduling. It was glorious to be able to plan ahead rather than trying to guess which schedule gaps were long enough to feature a big patch. As the weeks have rolled on and the updates have rolled out, I’ve seen people question the timing given that some patches have been scheduled mid-tournament. While Valve’s always waited until the day’s matches are finished, they’ve not budged on the release date despite the timing of qualifiers or LANs. Relentlessly, every other Thursday has been patch day. Consistency achieved.

I also thought the concept of small changes on a regular basis instead of confronting massive changes periodically seemed good. We all know change is hard, though I think many of us appreciate that Dota 2 is constantly evolving. Massive patches have previously been met with some pushback, and I suspect a lot of it is, “oh no! change!” rather than concern born out of careful analysis. However, some of these biweekly “small” patches have been deceptive in their size and scope. Nothing seems to be off-limits, including but not limited to: changes to basic game mechanics, adjustments to heroes and items, and introducing new heroes into Captain’s Mode (used most commonly in professional tournaments). 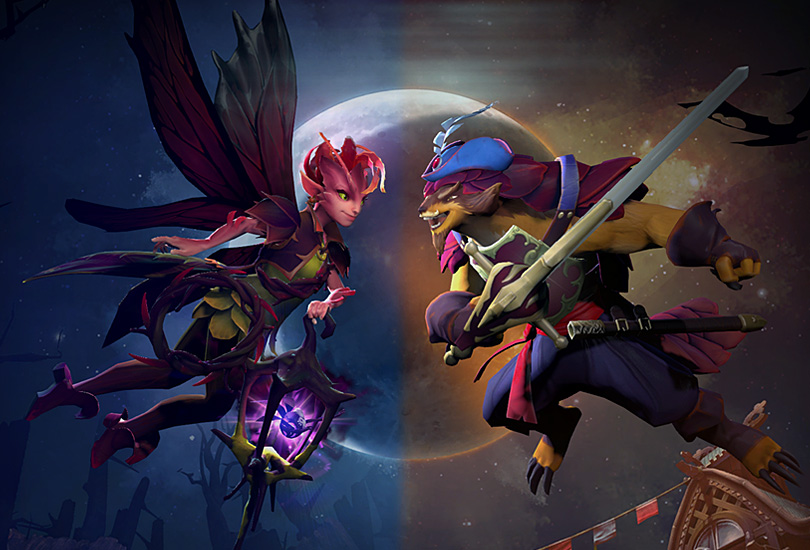 Essentially, Spring Cleaning was a traditional big patch. Like 7.07 before it, 7.08 had its own page on the official Dota 2 site. It was the third Spring Cleaning patch; we had one in 2014 and a second in 2016 (note that the Spring Cleaning link on the latter page links to the 2018 version). The update made quality-of-life adjustments to the UI, matchmaking, and assorted changes to visuals and features in the client. It also altered some mechanics and made modifications to items and heroes. In my opinion, Spring Cleaning 2018 cleared the way for weeks of tweaks. But, much to my surprise, the patches that have followed haven’t made minor alterations and balancing adjustments. There’ve been some significant modifications!

I’ve got no insider information about what’s coming in future patches so I can only speculate based on what we’ve seen.

That said, because 7.14 is even-numbered, I expect the pattern to hold, and there to be hero and item changes. Perhaps we’ll see more of the latter since far fewer items have been modified than heroes at this point. There may even be more increases to item costs as that seems to be the direction the economy changes have taken. Could we see Roshan’s bounty adjusted? Maybe!

Fun as it is to speculate, Valve could just as easily surprise and go in an entirely new direction for 7.14. The best players and teams are going to be ready to run with whatever is coming, which leads me to the question:

Though everyone knows the day when the next update will be released, there’s no way to know exactly what each will change. Thus, teams that are more capable of adapting could benefit from mid-tournament patches—at least as much as any team can be said to benefit. It may be more accurate for me to say they will have a window of opportunity to take exploit the changes before their opponents understand and can integrate them into their own strategies.

Teams who can’t quickly process and adapt (or ban out newly over-powered heroes) stand to lose. Broader hero pools and flexible playstyles seem more critical than ever, but with a caveat that sacrificing depth of skill for breadth can easily backfire versus players on signature heroes. Still, players who are cerebral and can grasp the implications of calculation changes quickly may have an advantage over players who play by feel. The feeling of the game is constantly being nudged by Valve, requiring these players to constantly recalibrate.

This is a time in Dota when having a solid coach, analyst, even just an extra set of eyes can help so much. The DAC patch came out while teams should have been heading to bed. Having support staff who could stay up to test the changes while players got much-needed sleep could certainly have been make-or-break for teams given that they were playing best-of-ones the next day.

Adding it all up

Even excluding 7.08, the changes in the last five patches alone have been extensive. I think they add up to a major update, easily.  This means we were robbed of a patch title and graphics for a feature page; maybe it could have been economy-themed or possibly renovation-themed given the building changes?

These biweekly patches have exceeded my expectations. Valve, forgive me for saying so, has been far more consistent on the release date than I expected. And more significantly, the changes have been bigger than I first thought they’d be. I think I imagined something more like the alphabet patches we’ve received previously. We could be at 7.08f by now, rather than 7.13, with half of the modifications we’ve seen over the last eleven weeks.  Perhaps somewhere in the middle would be ideal? The biweekly patches could be slightly smaller to be easier to digest!

The low number of changes that have been revisited, as well as the existence of only one alphabet patch, reflects what I see as a benefit of the biweekly system over a single massive patch. In this case, a larger vision can be broken into parts. Some changes can be made, and then future patches can be more or less extensive depending on the impact of the initial update. This creates a cohesive vision and less redirection, I think. With a single patch, there can be a huge initial impact, but this is slowly eaten away at over the alphabet balancing that follow.

I’ve enjoyed the new system so far. I have a lot of empathy for teams and talent scrambling to incorporate the changes into their playstyles and analysis, but as a fan, it’s pure entertainment. The experiment is scheduled to continue until The International, and I’m curious to see how many more patches can introduce changes without significantly revisiting past alterations.

And, for what it’s worth, I genuinely hope Techies doesn’t enter Captain’s Mode. EPICENTER XL should be entertaining enough without that mine-dropping brat trying to steal centerstage.